So, day two of our hospital stay. Not quite sure what to say really. We’ve started Samuel on a medicine called Pancrex to help him absorb fats better. He started on 1.55ml yesterday but we’ve cranked up the dose today. So far we’ve not seen a difference. Dietician is still not happy with Samuel’s nappies and quite frankly, as the one changing them, neither am I!

Pancrex is an odd gloopy medicine that I make from a powder and water. It is probably the ugliest medicine I have seen with a very creepy smell.

Seizure wise? They are getting worse. He had Midazolam yesterday afternoon but woke up after a three hour snooze unsettled, which carried on through the evening. At 10pm he had 6ml of Chloral Hydrate and thank goodness for that as he finally relaxed and went off to sleep.

He woke then at 3.30am and was twitchy on and off from then. Today has so far been very strange, his sleeping pattern is very different and he is very twitchy.

We are all hoping that this is to do with his weight loss. He’s not absorbing his fats, so losing weight which is reducing his ketone levels (0.5 today) which could be why his seizures are rapidly increasing. Hopefully if this new medicine works & he puts on weight then we will see an improvement in him. Well that’s what we are hoping and praying for.

I want to end this post all chirpy and upbeat but struggling with that to be honest. It’s obvious that we will be here for most of the week, but at least the nurses, doctors and our poor overworked dietician are all fantastic and all trying their damndest to help Samuel.

After ketones of 0.5 and 0.4 yesterday, it was quite a nice way to start the day with reading of 0.6. Still ridiculously low but at least it’s an increase, if only a slight one.

The dietician had asked me to save her Samuel’s morning dirty nappies (brave woman) and I was pleased to see they looked better. Less, well, fatty. A poo sample is also being sent off to the lab.

Our plan now is to stay in another 48 hours, increase the enzyme medicine some more and keep monitoring his nappies and ketones. It will take a bit of time for us to see a weight gain though.

In the meantime we just have to brace ourselves and use the medicines we have in our armoury to keep the boy comfortable.

So far today has started off much better than yesterday, so I’m feeling cautiously optimistic. We’ve just got to wait and see.

Oh and you may be interested to know that this situation of a child on the ketogenic diet having to use these enzymes is rather unusual. In fact they don’t know of any in the country it would seem. Why am I not surprised?!

UPDATE: This evening it was discovered (despite numerous different people listening to his chest since he was admitted) that Samuel has a chest infection on his right side. Chest infections are one of the things I fear for Samuel so did panic me initially but he’s been started on a course of antibiotics. Infections can reduce ketones. Is this why his have been so low? Will my son ever stop throwing us curve balls?

8.30am: Despite having Midazolam at about 4pm yesterday, he ended up having another dose around 9pm. He then settled and had a good night. So far this morning he has been very relaxed and it’s nice to see him so settled even before his morning medicines.

10.30am: It has been suggested that slowing down Samuel’s feed may help his fat absorption. I was asked whether it would work at home having Samuel on a 20 hour continuos pump feed. My response was a big NO, it wouldn’t work. I think the plan may be then to have a very long feed over night and a couple of slightly slower feeds during the day. This should fit in ok hopefully with our daily routine. Well I very much hope so.

9pm: Today has been a much better day. Samuel was very snoozy this morning and although twitchy and did have a number of seizures, he didn’t have any Midazolam and has gone off to sleep on just his usual drugs.

We can also report from Camp Sam that his ketones were surprisingly high this evening, 1.9. Not going to get too excited yet as who knows what is in store for us tomorrow.

8am: Samuel had a good night overnight, he slept through like a good boy. But, he was put on a saturation monitor overnight and it was showing that his SATs were low so he needed oxygen a lot of the night. I think this will probably mean we will be in hospital for at least another night. Because of the chest infection.

Back to the original reason we came into hospital, we’ve got a new feeding plan which I’m trying to get my head around. It’s confused me as we are reintroducing night feeds and the day feeds are so long (2 hours) I’m not sure what that will be like at home to manage. But if it helps his gut, then who am I to complain!

His ketones were 0.9 this morning so at least they are moving in the right direction.

It’s all a waiting game really.

Chest infection: Samuel’s sat levels overnight are causing a headache. They keep sitting at 86 which nurses aren’t happy with and have to put him on oxygen. They want his sats to be in the 90s, preferably above 95. It could be because it’s just Samuel, the medicines he’s on at bedtime, or it’s still a bit of a hangover from his chest infection.

Diet/fats: This weekend Samuel ketones were 0.8 and 0.6 but this morning they were 1.0 which was very pleasing to see. We also weighed him and his weight has gone back up to what it was when he was admitted (it dipped during the week which was thought to be because the antibiotics were causing loose nappies).

The dietician has been to see us and wants to move Samuel into a tailor made version of the ketogenic diet which should be better for his gut. She has also suggested we increase the speed of his feeds as long feeds may affect ketone levels. She will come back later with a new recipient and feed plan.

The only complication is his saturation levels and whether he needs oxygen. That is what is going to keep us in hospital if the doctors are concerned. The gastro doctor is away today but Sam’s paediatrician is due to visit later so hopefully I will be able to report back later with some good (fingers crossed) news.

I have some good news for you. We had a pow wow late yesterday with Dr H, Samuel’s paediatrician. We agreed last night to halve Chloral and get nurse just to do spot checks of his sats (instead of leaving him hooked up to the monitor all night) and if Samuel behaves himself then we can go home Tuesday/Today.

Well he did behave and wasn’t put on oxygen at all. Our nurse was fab too (but they’ve all been wonderful I must say).

We now just need the dietician to be on the ball today. We are going to move to the new feed recipe of some ketocal & a new concoction. The dietician said she should have everything ready to start at lunchtime. So if we are freed today, it probably won’t be until late afternoon. Or possibly early evening as we will need to get some bits from pharmacy.

So there is light at the end of the tunnel. But I’m not getting too excited yet. Who knows what the day holds. I’ll save my excitement for when we are actually home and my boy is back where he belongs.

3pm: Well, we are being freed!! The dieticians want to have a play with the new concoction we’ll be giving Samuel. So we’ve agreed that we’ll go home this afternoon BUT will come in as a day patient for a few hours tomorrow to start the new recipe and to weigh the boy. We may also have to come in again on Friday but we are going to see what happens. It’s a pain to have to come back in but knowing that we’ll be able to go home afterwards is fine. And if it helps my little boy then…..

7 thoughts on “Fats and Fits” 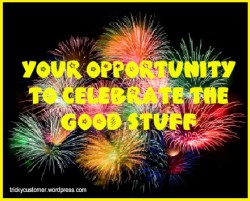